A great many men worry about many sexual problems such as the size of the penis, premature ejaculation, sexual health in middle-age and others. Majority of men suffer from anxiety related to their penis size or shape, usually because they believe the size reflects their masculinity and manliness. The bigger the penis, the better the man. This is, of course, nonsense and is based on emotional responses rather than on hard fact. It compares with judging a woman by the size of her breasts and is just as senseless.

What is the real problem behind penis size syndrome

Penis size matters far more to men than it does to women. When it comes to being attracted to a member of the opposite sex, penis size is low priority. Women are more likely to seek kindness, warmth, generosity and a sense of humor. Furthermore, most of a woman’s sensations from intercourse come from the clitoris and from the nerve endings that are mainly in the first part of the vagina, so the length of the penis really is irrelevant.

The major reason for heart diseases is an increase in cholesterol level and blood pressure. It is necessary to follow a strict diet, especially after the 60s. The diet should be low in salt, saturated fat and cholesterol and high in fresh fruits and vegetables. It is recommended to do certain types of exercises daily. Also, avoid excessive use of alcohol and smoking. Above all, the major reason for heart diseases is stress and strain, so find out the reason for stress, and do things that you like most to avoid stress.

Is there any treatment

There is no operation that will make a penis long, but there is one that can increase the girth. Fat is taken from other parts of the body and used in a process called liposculpture. It is painful and is not available in everywhere. It is more likely your doctor will ask you to avoid that surgery. You can, if you wish, visit another doctor for a second opinion.

Premature ejaculation is the release of semen before or just after penetration. The most important aspect of premature ejaculation is that the man is unable to have any control over his ejaculation so that once he is sexually aroused he reaches orgasm very quickly. The time between inserting the penis into the vagina and reaching orgasm is short – often less than 30 seconds. This doesn’t allow female partner sufficient time to become sexually aroused, especially if there has been no clitoral stimulation. This can lead to frustration in the woman and guilt in the man, and may well have a damaging effect on their relationship.

Most men will experience premature ejaculation at some time their lives, probably more than once, and for no apparent reason. Most will find that difficulties pass spontaneously as quickly as they appeared. Men who are young or inexperienced, who have abstained from sex for a long period of time or who are anxious and lack confidence are more likely to experience premature ejaculation.

What can I do about premature ejaculation

1. First, the couple should engage in some foreplay so that the man gets an erection. He should then lie on his back and his partner should stimulate his penis with her hand. During this time, he should concentrate only on his own sexual sensation.

2. As soon as he feels that he is near to orgasm, he must tell his partner to stop stimulating him until the sensation disappears again. Before the erection is allowed to disappear completely, he asks his partner to stimulate him once more.

3. This cycle is then repeated, and ejaculation is only allowed on the fourth occasion. It is up to the man to signal to his partner when she should stop stimulating hum and when to begin again.

4. The third stage is sexual intercourse. In the first instance, the man lies on his back and his partner should sit astride him. He then lowers her onto his erect penis.

5. Again the “stop-start” method is used, and just before he reaches orgasm, all movement is stopped but the penis remains inside the vagina. When the sexual sensation subsides, but before the erection has gone, they begin to move again. As before, orgasm is only permitted on the fourth occasion.

6. The stop-start exercises once every two weeks until he has fully recovered.

Provided that the couple follow these instructions carefully, practically all men with premature ejaculation are likely to make a complete recovery.

If the treatment is not successful, this may either be due to deep-seated emotional problems in the man or because his partner finds difficulty in cooperating. It may help the couple to seek expert advice from an experienced therapist, after first discussing this with their own doctor. 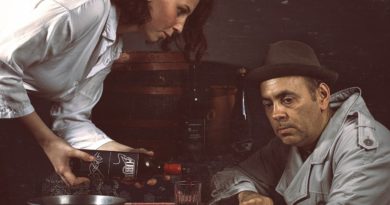 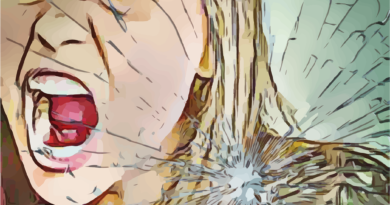