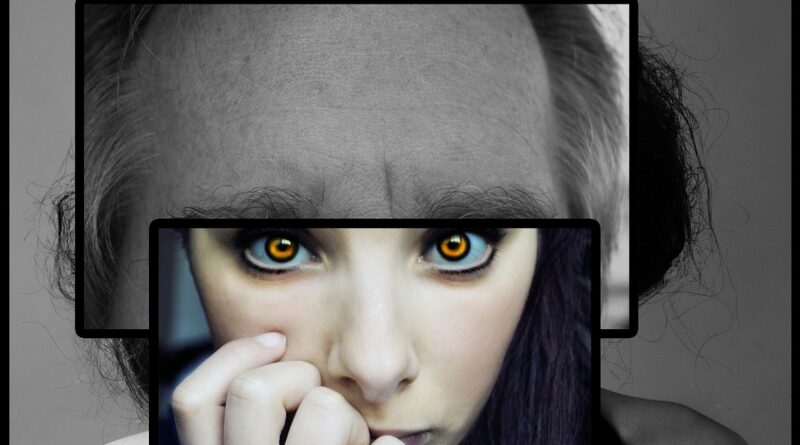 The name schizophrenia means literally “split mind”. The idea of “split mind” refers to a breakdown in which the normal relations between thought and feeling and the ability to think logically are affected. Besides, there is a powerful tendency to live a make-believe life. The patient’s joy or fear has no relation to the real things around them. The patient invents words and phrases and uses them over and over. During the imaginary vents and episodes, we refer to as hallucinations; the patient invents people and voices and sees them, hears them, and talks to them. Some of these hallucinations are pleasant. Others are terrifying. There is no definitive proof of schizophrenia and causes but it is believed it is because of mind conditioning of childhood trauma or some disaster, which subsequently recurrently disturb the neurotransmitter distribution dopamine and serotonin.  70% to 80% of the individual differences in risk to schizophrenia is associated with genetics.

The first patient is a girl in her early twenties, who was admitted to the hospital at the age of 19. During the examination, she shows no interest in the doctors or their questions. Her hospital record indicates that she sits in her room or gazes out the window hours at a time, completely withdrawn from reality. Since she has no delusions, her illness is classified as simple schizophrenia. In her withdrawn conditions, she has become a “human vegetable”. It is necessary to feed her and clothe her much of the time. Efforts to talk to her or to interest her in recreation are futile.

Her case history reveals that her withdrawal began early in childhood. She was unhappy and frightened much of the time and avoided companionship with other children. However, it was not until she approached maturity that she found she could not face adult problems and retreated into her private world to escape them.

A next patient is a man about forty. As he is brought into the examining room, his eyes show uneasiness about something. When asked questions about current events, he answers all of them intelligently. His memory of past events is especially keen. He even talks about his past life and how he threatened to be killed by his colleague. He talks about various conspiracies and violent methods to kill him. He hardly dares go to sleep for fear the assassin will creep from the shadows and destroy him.

This man is schizophrenia with paranoid delusions. He is one of the most tragic and miserable people on earth. His delusions are real to him. He lives every moment with a feeling of peril. A paranoid is dangerous to others and requires hospitalization. Any person around him may in his mind be a tormentor or an assassin. Violence to one of them would be committed by the patient as an act of self-defense.

The third patient, like the first two, is a schizophrenic, but of an entirely different type. This man is large, handsome, and neatly dressed. When he appears before the staff, he is pleasant and very sound mentally. While conversation, he shows his time is very valuable to be wasted. After all, he was a governor, a senator, and president of a steamship line. He has a big fortune, several million dollars in stocks and bonds. He is no problem in the hospital and gets along well with other patients. He treats everyone with the courtesy and respect characteristic of one of his high stations in life.

When the patient is excused from the examination, a doctor explains that before his illness the man was a bookkeeper. He has never held a public office and has never been on a steamship. He is a schizophrenic with grandiose delusions.

The man had always longed to be important, but could never achieve the success of which he dreamed. Disappointed in real life, he became extremely successful and happy in the world of his imagination. Contented and well-adjusted as he may seem, however, he would be unable to care for himself in real life.

Schizophrenia with Multiple Delusions – This is a dangerous combination of grandiose and paranoid delusions. In his grandiose delusions, he is a crusader for freedom – one destined to save mankind from slavery. In his paranoid delusions, those around him are enemies of the cause. His mission in life is to destroy these enemies. Because of the importance of his mission in life, he feels justified in seeking to destroy his enemies. As long as he has these delusions, this man is treated with extreme caution and is segregated from the other patients.

Catatonic Schizophrenia – This young man is led slowly, with a nurse at his side. Each step he takes is slow and deliberate. When asked questions, he merely stares into space. He does not seem to know who he is or where he is. He shows no emotion whatever. One of his arms remains raised rigidly throughout the interview. He leans to one side and makes no effort to regain his balance.

This patient is a victim of catatonic schizophrenia. Between exercise periods he lies in bed rigid and motionless for hours at a time. He is completely withdrawn and out of contact with reality. Without tube feedings, he would silently starve to death. Surprisingly, though, this man will probably recover and be normal again. The outlook for catatonics is better than for other types of schizophrenia.

Hebephrenic Schizophrenia – The last schizophrenia patient has, probably, the poorest outlook of all. She is a woman in her early forties who has been in the hospital for several years. Her illness is hebephrenic schizophrenia, considered to be the last stage of schizophrenia. She is not unhappy or uncomfortable but is completely out of touch with reality. She talks nonsense almost continuously, pausing from time to time for periods of pointless giggling. Many of her actions are as pointless as he giggling. Chances of improvement are very slight in her case because she doesn’t respond to treatment. 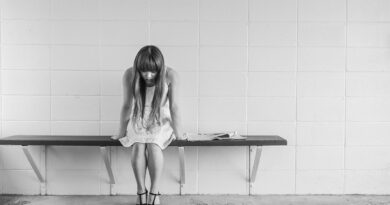 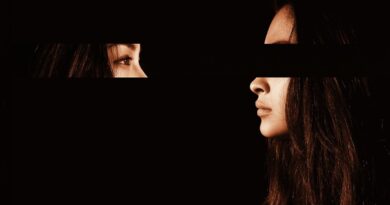 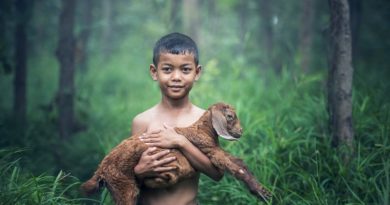 The Silent Power Of Compassion

The diabetic diet therapy must be nutritionally adequate; maintain, in so far as possible, normal blood glucose levels throughout 24